Last weekend two friends I was hanging out with mentioned that there was a Hong Kong style cafe (茶餐廳) in Chinatown Oakland. Both of them recommended it as of the restaurants I should go to as I moved to the Bay Area. I was caught by surprise as I thought Hong Kong style cafes were only situated in the San Gabriel Valley or the San Francisco peninsula, as I rarely saw them elsewhere. Given this epiphany,, I didn’t wait until I moved and immediately made a beeline to eat there the next day after my organization’s staff retreat. I grabbed a few coworkers too in hopes that I could also give them a little taste of the comfort Cantonese and Hong Kong style interpretations of American/British cuisine I grew up with.

Once I grabbed a table I immediately browsed the lengthy menu. Not only did they have about 30 or so set meal choices that Hong Kong style cafes are known for (usually a rice or noodle dish with soup and a beverage), but also a rather lengthy a la carte menu with items ranging from Chinese vegetables to western zodiac themed alcoholic drinks. It took us a little while to decide, but I ended up ordering the following: 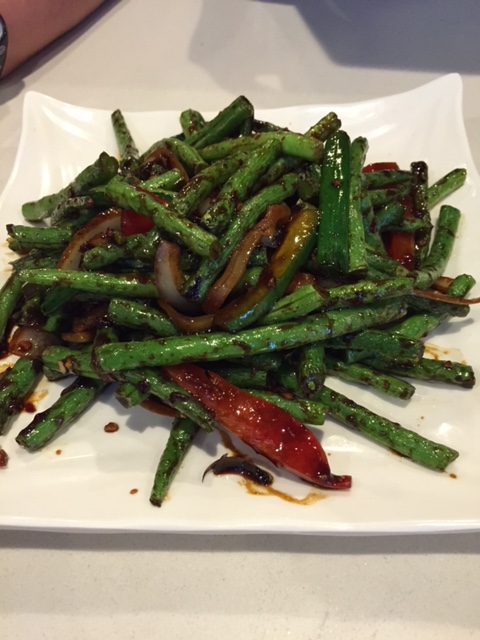 Russian Soup and Side Salad at Shooting Star Cafe

After that visit I came again on Wednesday as a quick lunch pit stop on the way to SFO. This time I got the following:

All in all I was very glad that my friends told me about the place! It was pretty good and I am so delighted to have this option for lunches or dinners when I move to the Bay Area next month. I don’t expect the food to hold up to what I’m eating in Hong Kong but it’ll be a pretty good holdover until my next trip, whenever that may be.