It’s Labor Day week, the “traditional” end to the US summer season so it’s fitting that I’m finally finishing the last post of my grand British/Canadian/New Yorker vacation.

Today brings me to Baozi Inn, a Sichuan restaurant in London’s Chinatown that serves Sichuan cuisine. While it is a restaurant that’s in the Michelin Guide to London, I mostly came here on the recommendation of my grandaunt and granduncle that live just outside Brighton. They enthusiastically recommended the restaurant as they dropped me off at the train station as I journeyed back to London. Given that I didn’t know London’s Chinese food scene all that well (and my previous dining adventures earlier in my trip were disappointing), I decided to give Baozi Inn a try for my last dinner in London.

On a Tuesday evening at 8PM it was fairly easy to get a seat. The hardest part, of course, was to choose menu items that I could reasonably digest and afford as a table of one. While I basically wanted to order the whole menu, I pared it down to the following: 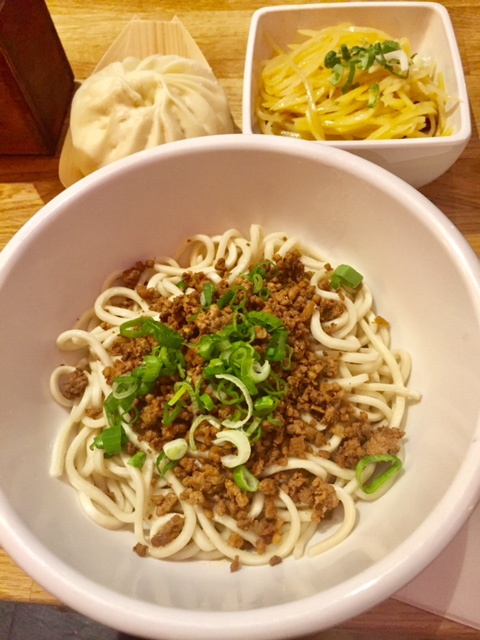 I’d say that while Baozi Inn might not be the best Sichuan food I’ve ever had, it certainly is solid and definitely was levels beyond the other Chinese food I ate in London (granted, it was a small sample size). I would definitely encourage travelers to London to try it out, especially given how close Chinatown in London is to nightlife hotspots in Leicester Square and SoHo. Whether you’re looking for a light snack or heavier meal, Baozi Inn would be a good pit stop for food before a night out on the town.

During a recent search through the Chowhound forums, I discovered a thread that talked about authentic Sichuan in Albuquerque. That piqued my interest as previously the only authentic Chinese restaurants in Albuquerque that I knew and went to were either Cantonese or Taiwanese in flavor or influence. Truly authentic Sichuan (as opposed to the Taiwanese influenced Sichuan and Hunan that arrived in America in the 1970s) was something I only knew of in large cities with a lot of Chinese residents, like Los Angeles. Therefore I was very intrigued when a poster mentioned Pacific Paradise’s Sichuan menu and I had to go.

When I entered Pacific Paradise, I was immediately hesitant. Essentially the restaurant bills itself as something tropical pan-Asian with Pacific Islander motifs and a menu made of Americanized Japanese and Chinese dishes, along with sushi. It was a visual representation of what I thought was everything wrong with Americanized appropriation of Asian food.

I requested the Sichuan menu, which the waiter immediately gave me, and immediately soothed some of my initial concerns. After a quick look at the menu I ordered dry sauteed green beans and spicy and aromatic diced chicken, hoping that these dishes would bring some of that authentic Sichuan flavor I’ve been missing in Albuquerque.

About 15 minutes or so later, the dishes came out. The first dish were the green beans. The first bite immediately wiped out any fears developed by the kitschy decor. The green beans were sauteed very well with a lot of great flavor coming from ginger, shallots, and garlic caramelized to near perfection. The chicken came out next and the deep fried exterior of the chicken caught me off guard. Nonetheless it was quite tasty and the aromatic flavors of the dried chiles, sichuan peppercorns, and peanuts were well infused. It was definitely spicy, though I did wish it had even more spicy notes from the sichuan peppercorns. The peppercorns did not overpower and numb my mouth as it should do, though I don’t know if that didn’t happen because the dishes were dry fried or whether I should have ordered in Chong Qing style at the next spice level up. 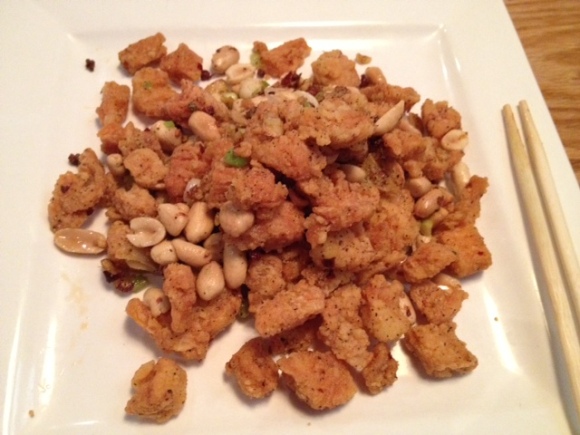 Service was fantastic with my waiter filling my glass of water copiously, which is essential when I am eating Sichuan cuisine.

All in all, the sichuan food here was better than I had ever imagined for Albuquerque. While I do wish there was a little more mala spicy flavor, the Sichuan menu is worlds better than the offerings I saw on their regular menu. I just wish the restaurant would do a better job highlighting there hidden gem of a menu.