After a whirlwind trip to New York City, Vancouver, and Hong Kong, I am back to blogging. Of course, with so many tasty things during my trip, it was difficult to know where to start or how to organize these blog posts. However, I’ll start chronologically with my brief, but exciting trip to the concrete jungle where dreams are made of.

Given that most of my Vancouver and Hong Kong meals where likely to be very Cantonese focused,  decided that New York City was my chance to explore a different regional cuisine of China. Arguably the most famous non-Cantonese Chinese cuisine of New York City is Shaanxi cuisine, thanks to the popularity of Xi’an Famous Foods. However, given that I have been fascinated about

麵 I decided to have a dinner with my cousin at Biang! to eat their eponymous noodles.

Biang has all the trappings of being a trendy restaurant in the East Village. Located on a hip section of 2nd Ave it has a very minimalist decor scheme, complete with dark wood tables and short dark wood chairs. This trendy minimalism gives way to the menu too, not so much in the amount of choices (there are a few dozen options to choose from) but by absolute refusal to do any substitutions or alterations, however minimal. None of these detracted very much from the main focus, the food. My cousin and I decided to order the following: 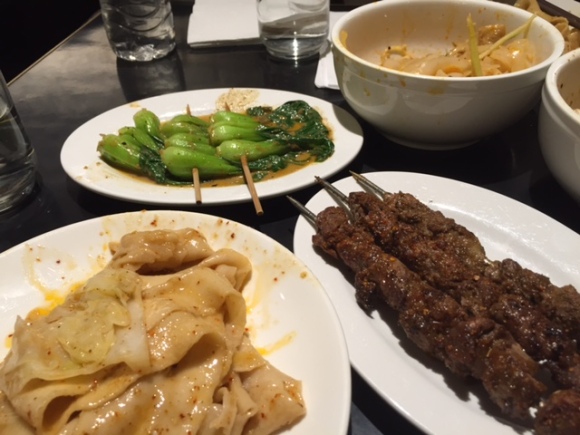 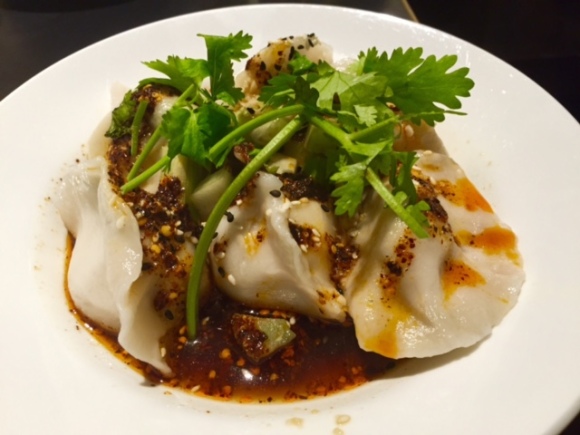 All in all the food at Biang was pretty good, if a bit pricey for the fairly small portion sizes. Almost all the items were executed fairly well and were definitely very fresh. It’s just a shame that the noodle bowls are a bit small. However, I suppose they also have to pay for the upscale decor and higher rent on 2nd Avenue, so there’s not much you can do to make prices more budget conscious.

Afterwards, my cousin and I decided we had a little more room in our stomach so we walked a few blocks south to take a taste of Xi’an Famous Foods. Unlike the modern, yuppified Biang, Xi’an Famous Foods’ East Village location was a brighter, cleaner version of its original Flushing location. The decor and space is very small and bare bones, mainly because the business is more reliant on quick service rather than a more upscale experience. 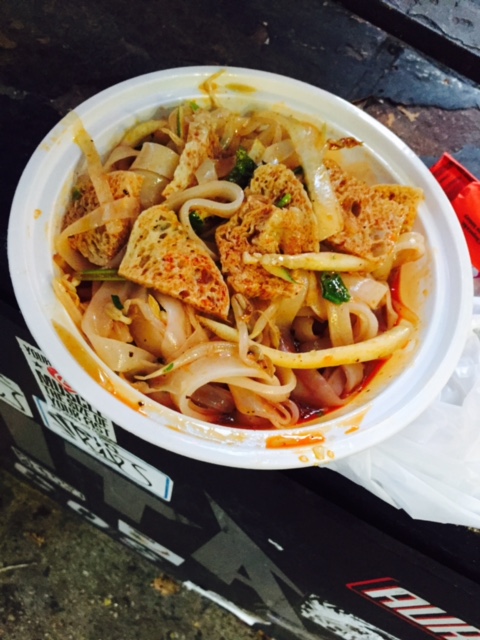 We decided to order the famous Liang Pi to compare Xi’an Famous Foods’ version to Biang’s. The Liang Pi came out very quickly and we took a bite of it almost immediately exiting the store. The noodles here were a little chewier than at Biang’s and definitely a bit more oily. The seitan also was a little chewier and seemed a little less fresh. However, the dish was very good overall even if it might not be to the quality that was found at Biang. At $6.00, though, the Liang Pi here was cheaper with bigger portions. I ultimately decided that while Biang’s version was superior, the quality differential didn’t match a 20% increase in cost.

Interestingly enough, when I sat down to write this article I noticed that Biang is a spin-off/concept store for Xi’an Famous Foods. In that sense, I do appreciate their attempt at having a more upscale sit down restaurant, especially given that the food is pretty good. However, I do wish that the portions were bigger or the prices were a little cheaper. Despite that, I do think Biang is a good restaurant that people should at least have one meal in. After all, its still relatively uncommon to find Shaanxi food in America, much less a place that attempts to execute such a wide variety of dishes at levels above street food/food court stalls.

One thought on “Shaanxi in New York City”